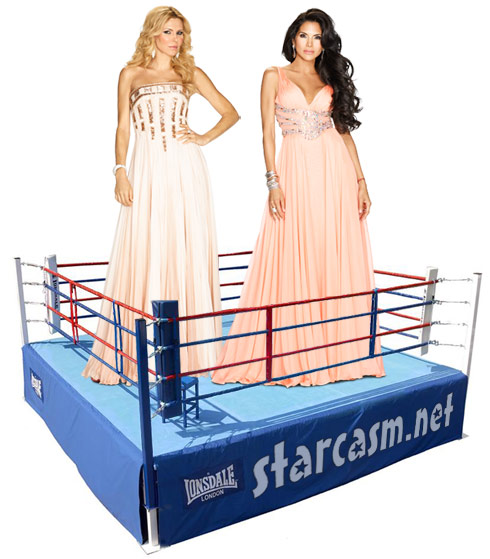 The Real Housewives of Beverly Hills may be the only reality show in which the cast bicker back and forth more online during the season than they do on the show itself, and no one does it more than the Queen B of Bickering herself, Brandi Glanville.

Brandi’s loose lips are once again sinking ships on screen this season as she has already gotten herself into a bit of hot water after getting herself into the lukewarm water of a swimming pool and joking that her Puerto Rican castmate Joyce Giraud (who Brandi continued to call Jacqueline for some reason) wouldn’t get in because she was black, and later adding that all her black friends “don’t go in the pool because they will get their weave f***ed up.”

Joyce seemed taken aback by the comment in the episode, but managed to keep calm. “Yes I’m black,” Joyce said later. “What’s your problem? Puerto Ricans are black, they’re Indian and they’re Spanish, so they’re a mix of three cultures.” She then added, “And I’m very proud to represent all three.” 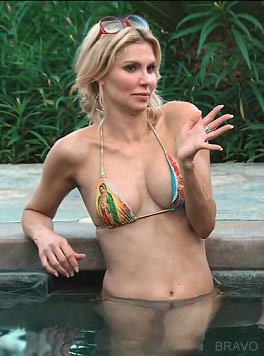 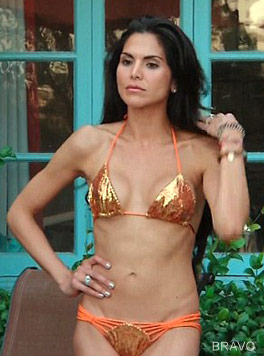 Joyce later spoke with In Touch and revealed that the comment was a little more hurtful than she let on while in front of the Bravo cameras. “What Brandi said was racist and hurtful,” Joyce said. “I didn’t want to act upset on camera, so the whole day I took bathroom breaks to go cry alone.”

Brandi’s racially insensitive comments got her fired from an appearance at the Seminole Hard Rock Hotel & Casino in Tampa, Florida over the weekend with Hard Rock Tampa president John Fontana saying in a statement, “Until this situation is behind her, our organization feels it’s best to reinforce our culture and values at this time, which consist of love and respect for all.”

Brandi went to Tampa anyways and shared this tweet:

The Hard Rock later confirmed that Brandi was paid, but clarified that the apology was not to her but to the folks who were hoping to attend the event and received news of the cancellation so late:

@kathleenmary71 @RealityTVBliss We always deliver on our contracts. And yes, the only apology given was for short notice to everyone.

Anyways, back to Brandi and Joyce! 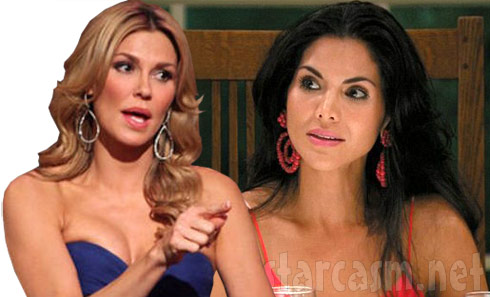 This weekend Brandi loaded up her “Truth Cannon” and took to Facebook and fired off a lengthy “open letter” (since deleted) about how viewers of the show aren’t seeing the “real” Joyce Giraud and complaining about how Bravo had edited the show to make her (Brandi) look worse. Here’s the open letter in its entirety:

This last episode of Real housewives of Beverly Hills was extremely difficult for me to watch. I am not going to even mention my baby dog Chica’s situation because it is just to sad and hard for me to relive. But otherwise yes I am very embaressed for my behavior and take full responsibility for over indulging.

I was a b!tch to Joyce for reasons you don’t get to see on the show. To the viewer It looks like I am just acting bitchy towards her for no reason, but trust me I have my reasons. However for Joyce who has only been around me a handful of times, never been to my home, never spent time with my children, never hung out with me outside of shooting, to label me the way she did and continues to do, is incredibly irresponsible and hurtful. I made one very insensitive and inappropriate comment that I have profusely apologized for. I in no way live with any sort of prejudice in my life of any sort.

I got drunk around Joyce maybe 2 and a half times the entire season long, and twice in the public eye this past year. Once on my birthday and once after I turned in my second book, I was celebrating both times, my children were at their fathers and I’m not going to make apologies for those times. Joyce’s ongoing comments, accusations and labels have endangered my family and cost me jobs, and opportunities.

As a single mother, supporting my two little boys and running a household by myself I hope Joyce feels really really good about what she is doing to my family as she sits a top her mansion with her giant diamond ring and zero worries.

During the filming of this season there is a defining moment when you will get to see the exact kind of person Joyce truly is and trust me its not pretty. I can only hope that the show decides to air it because not everything we shoot makes it in. By the end of filming for the season Joyce and I were actually on good friendly terms and went on our separate but merry ways.

I saw Joyce once after filming was completely over. My mom, children and I walked into a sushi restaurant for dinner and ran in to Joyce and her husband and to my surprise our filming crew… let me just add that sometimes we have to shoot pick up scenes after the show has wrapped so that certain story lines make sense. I stopped at their table kissed Joyce and her husband hello, made a little small talk introduced them to my mom and my children and then went upstairs to have our family dinner.

Im sure you can imagine my shock when watching this Mondays upcoming episode and see that scene they were shooting in the restaurant and Joyce is going on and on about my inappropriate comment and labeling me a racist and relaying their mutual disgust for me. Wow!!!!! She really is an actress and I don’t really see how this scene was needed to make sense to our show. Sadly it seems this and the other labels Joyce throws my way are her only story lines for the season. I really wish she were more interesting so that trying to ruin my life wasn’t her only storyline.

This coupled with the fact, that although we were on good terms at the end of filming, the second any press would listen, Joyce was giving interview after interview about me needing rehab or me being prejudice or anything me and all negative. This speaks volumes about her need for attention her vicious ambition and her true colors. I really hope this woman can stop obsessing over what she thinks my issues are and focus on the help she needs to get for herself. Enough said -have a beautiful Holiday season. 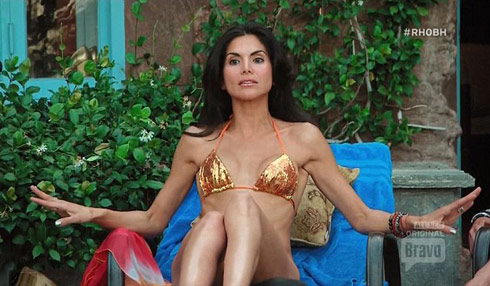 Have asked about the "open letter" Brandi wrote on FB. Slightly comedic that she blames her behavior on me.wish they would show EVERYTHING

Trust me…if they did, it would only be uglier for her as she was worst than anything you've seen 4 NO reason.I NEVER did anything 2 her!

@RobinAMcRae nope! If YOU would get to know her you would see she is a conniving hypocrite

And that’s pretty much where the Brandi Glanville vs. Joyce Giraud feud stands heading into Christmas Eve. But stay tuned — I’m sure Brandi Claus has something for Joyce’s stocking!

VIDEO PHOTOS Lisa Vanderpump in a bikini on ‘Silk Stalkings’ 1993