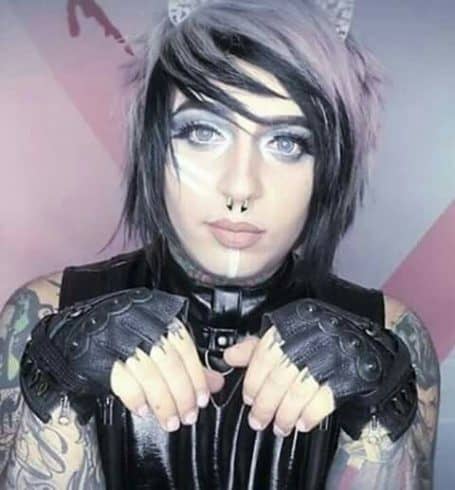 In 2010 11-year-old “Jessi Slaughter” made national headlines when her emotional and threatening videos towards her haters went viral. She was the subject of not only hate, but derision, as people mocked her postering attitude and the absurd claim by her dad that he was going to call the “cyber police” on the people who harassed his daughter. His admonishment to the haters “You done goofed” turned into an instant meme. 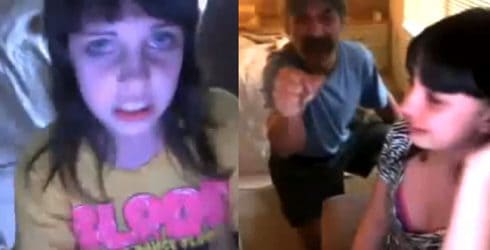 Strangely enough, the popular scene band Blood on the Dance Floor also participated in the “You done goofed” meme with an awkward diss track.

(It should be noted that Dahvie Vanity and Blood on the Dance Floor’s official YouTube channel name has been changed to Kawaii Monster. Dahvie Vanity is currently going by darkartsofficial.

Although insiders to the emo music scene who followed drama and gossip boards knew there was a rumor going around that the preteen Jessi Slaughter was actually dating the then 25-year-old lead singer Dahvie Vanity (Jesus David Torres.) This is what caused the waves of hate that triggered Jessi and her parents to react online. 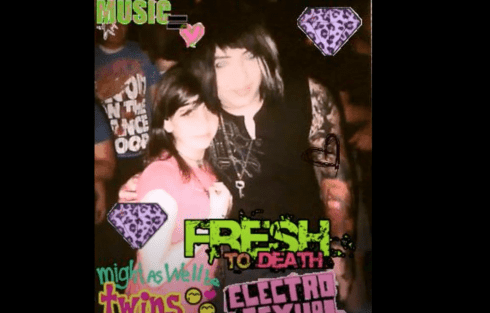 Shockingly, the rumor was true. Jessi Slaughter, who is now 21-years-old and goes by the name Damien Leonhardt, is speaking out about “dating” a grown man when she was just a child and the devastating damage this wrought on her life. Most notably she’s related her story to Chris Hansen of To Catch a Predator fame, and Pastel Belle, both on YouTube.

The now adult Damien (a.k.a. Jessi Slaughter) confirms that the singer convinced her he was her boyfriend when she was as young as 10-years-old. She lived near where Dahvie was based in Florida and connected with him on MySpace. After they physcially met at a Blood on the Dance Floor concert, Dahvie convinced her parents that he saw promising musical talent in Jessi and they allowed her to spend time with him alone. Jessi met the band and his friends and imagined that someday she would join them on tour.

“At the time I thought he was cool, and I had a crush,” Damien explained to Chris Hansen about why she was interested in meeting Dahvie. She says he took the relationship with her to a sexual level “immediately” when she was only 10-years-old. “It’s awful, it blows my d@mn mind. My brain has trouble processing it because it feels horrifyingly unreal. It feels like it should never have happened. And yet, here I am with these memories, with this emotional baggage.”

“I wanted to be one of the cool kids of his group,” she went on. “I loved him. I genuinely loved him. And I still, to this day, cannot shed the primal sympathy I have for him. . . . It makes me sad and disappointed that he has continued this behavior for years.”

Damien says she was kept a secret and he would often have public relationships with age-appropriate women while he was “dating” underage girls.

The lyrics of Dahvie’s song “You Done Goofed” directed at 11-year-old Jessi, are incredibly vicious.

“Look at me
I’m beautiful
Not a suspect of r@pe!
Don’t you know
I’m f**king boss?
Read the f**king nameplate!
Your just a pawn of stupidity
You’re a living mistake”

And I’d love to think
That when you talk to your shrink
He points out your the reason
That your life stinks
And you’re the cause for
All this motherf**king bullsh!t!
Regret meeting me
As your last dying wish…
My name and reputation
Won’t be the target of a sl*t!
I’ll be on top of the world
And you’ll be cutting yourself f**ked!” 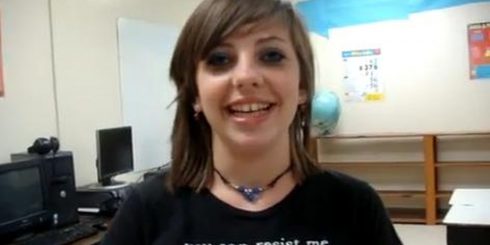 The song was released on Jessi’s 12th birthday and after these incidents her life spiraled more out of control than before. She was taken away from her parents and placed in foster care. Because she was no longer allowed access to the Internet, she asked a friend to record an apology to Dahvie Vanity and Blood on the Dance Floor. As childhood victims often do, she took the blame for everything and noted that she was seeing a therapist just like the song referenced.

As of now, over 20 women have come forward with allegations against the now 35-year-old Dahvie Vanity.