If “Friday” is reserved for Rebecca Black and her pop culture awesomeness, Tuesday March 22nd deserves to be a day set aside just for her Ark Music Factory mate Abby Victor. Congratulations on getting a million YouTube views, Abby!

What? You mean you haven’t seen the video yet? Okay, set aside 3 minutes and 51 seconds and watch here:

“Crush On You” is a paean to a Saturday night out for fun that turns into somewhat of an obsession for Abby as she sees the boy that drives her crazy. Unlike Alana Lee’s song “Butterflies”, which has a video that tells a story with a beginning, middle and end, and “Friday”, which really can’t be compared to anything else, “Crush On You” is a straight-up dance track and video that wears its pop on its sleeve. And, yes, there’s an appearance by you know who: 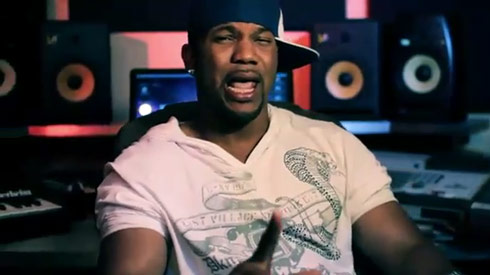 And now that it’s crossed the one million threshold, it marks Abby as a legitimate contender for pop star status. So who is this pretty, perky blonde who has a “Crush On You”?

According to Ark Music’s profile page for her, Abby’s been part of their organization since at least August of 2010. The video for “Crush On You” was uploaded to YouTube on October 17th and, like all the other Ark Music videos, languished with views of “only” tens of thousands to its credit. (“Only” because tens of thousands is actually a lot!) But when “Friday” came along, it was a game-changer, and Abby started getting many more looks from curious people.

But before the success of her video, Abby – just like Alana Lee – was a busy young woman working on a career as an actress and singer, so if anything her success on YouTube may not be taking her totally by surprise. According to Ark Music, Abby is a “singer, dancer and actor…born in Albuquerque, New Mexico.” Unlike most of her other Ark Music friends who live in Southern California, Abby must commute from New Mexico.

One really cool thing that makes her unique is her family’s love of hot air balloons. Here’s a picture of her dad’s balloon as it flies over the deserts of New Mexico. 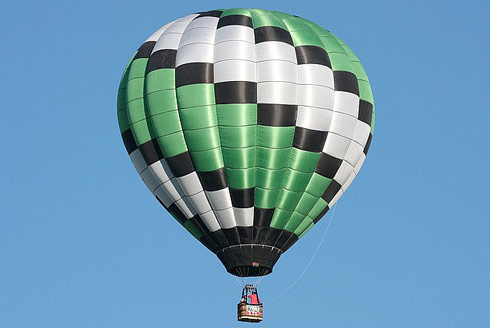 As you might guess from “Crush On You”, she loves music that “gets people moving and grooving!” Music like her influences Christina Aguilera, Justin Bieber, Jason Derulo and Kesha.

“Look out world, this is going to be something big!”, says Abby. Hey, we at Starcasm love that kind of spunk, especially when you have something to back it up!

Abby’s acting talents have been shared in two extremely well done independent films in which she had featured roles. Going by her full first name in films, Abigail, she starred in the 2008 short film, Cinco de Mayo, in which her character, Daisy, is kidnapped along with her best friend Rosie. It’s a scary, edgy thriller directed by indie filmmaker Giles Greenwood. As you can see, Abby was featured on the movie poster: 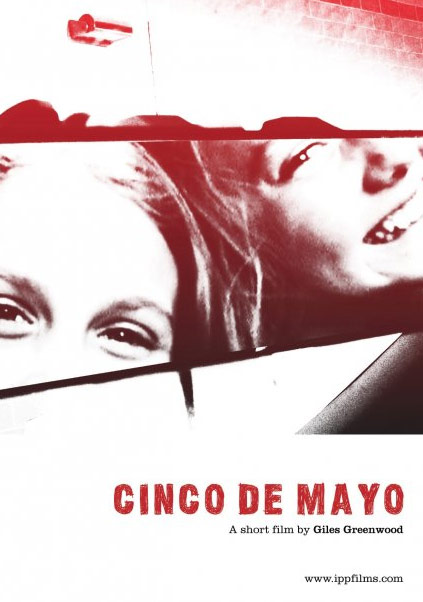 You can watch the whole film at Giles Greenwood’s website but be warned: there are some frightening scenes of an adult nature in this film. It is not for kids. It did have some success on the film festival circuit, winning a Gold Award prize at the Houston International Film Festival in 2008.

But Abigail also had a feature role in a film very unlike Cinco de Mayo. She starred as Natalie in the kid-friendly Adventures of a Teen-Age Dragonslayer. Holding her own with Hollywood heavyweights Lea Thompson (all the Back to the Future movies) and Wendie Malick (Just Shoot Me, Hot in Cleveland), she starred as a companion to her monster-fighting friend, Arthur.

If you’re interested in seeing Abby in the movie, you can buy it on DVD and Blu-Ray from Amazon!

Speaking of Amazon, Abby’s first hit single “Crush On You” is available for download there.

Since her last recording was back in October, she surely must be going crazy to record a new single. What do you think is next for her? Another dance track like “Crush On You”? Or maybe a different kind of song, like a slow ballad? She definitely looks like a talented actress with a good agent, so maybe we’ll see her in some more high-profile movies soon.

Until then, here is a picture of her from the set of “Crush On You”. Take it easy on the pillow fights, Abby. We don’t want you to get hurt while we wait for your next single! 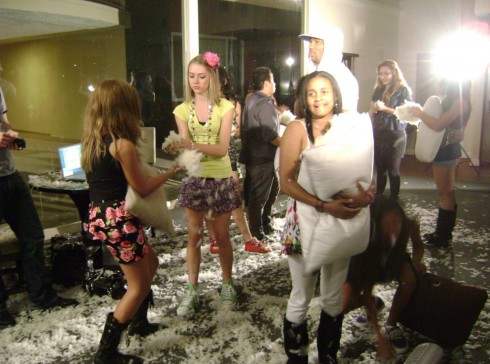 Who is the rapper in the Rebecca Black “Friday” video? Meet ‘Pato’ Patrice Wilson