As the on-screen drama continues to mount between the couples of 90 Day Fiance: Before the 90 Days, there is also an off-screen beefcake battle brewing between Jesse Meester and Jon Walters!

The Europeein’ match began in the comments section of one of Jon’s recent Instagram posts, after a commenter brought up the dysfunctional relationship between Jon’s co-stars Jesse Meester and Darcey Silva. “Show of hands,” the commenter wrote, “who’s tired of Jesse and Darcy RIDICULOUS relationship?? Omg if I had to watch her fake cry or listen to his RUDE stupid behavior ONE MORE TIME ..I would have a stroke..lol.”

Another commenter added: “I see a lot wrong with her. She doesn’t want a man but someone to mother and smother. She has some serious issues.”

Jon mentioned on the show that some of the numerous fights he’s been in were due to him coming to the defense of a lady, which is exactly what he tried to do for Darcey in this situation — and he did it by violently word punching Jesse right in the balls! “If she had a man…who build her up loved her and treated her with respect she wouldn’t be nearly as broken,” Jon wrote. “Jesse is an abusive man with huge insecurities probably because he skinny, used to have acne and has a tiny d!ck. He’s a pathetic beta.”

JON: f**king kids starving the world and he got mad about he shoe, his f**king shoe being stood on. Absolutely belter.

COMMENT: your responses always shock me. Funny yes. But I think u should at least pretend that u don’t have an angry / nasty demeanor.

JON: I play piano and don’t eat animals because their are are too cute – I don’t have a mean or angry demeanour except towards bullies and trolls. Which is perfectly acceptable-

COMMENT: I am not saying he’s perfect but she try’s to manage everything that is done. And we don’t know what has happened behind the camera. But the shoe thing did make me laugh…Let’s all remember to that he’s only 24 and has a lot of growing up to do.

JON: no excuse for domestic abuse -!

COMMENT: I know what abuse is and have lived with it half my life. Neither of them are innocent in this matter

JON: really – because at no point did I think Darcy was controlling, demeaning, cruel, demanding , unreasonable- from the moment. He’s a belter who did nothing treat her mean to keep her keen – emotions and psychological abusing 100% – Saw nothing from Darcy except a woman who wants to be loved. 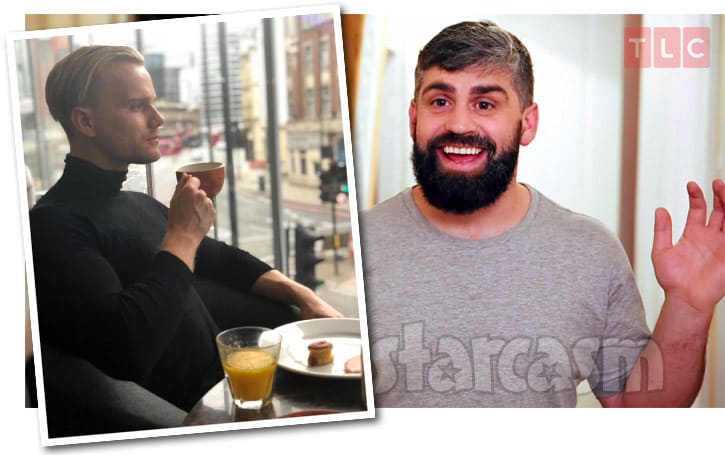 Jon’s comment about Jesse’s measly Meester made the rounds on social media, eventually finding their way to Jesse. And, just like Jon, Jesse’s response came in the comments of his Instagram account. Someone provided the url to our post about Darcey’s recent Instagram meltdown and added: “You know darci [sic] was kicked out a restaurant last week in Connecticut too?”

Jesse responded at length — first about Darcey’s behavior, and then randomly about Jon (I assume):

I heard and received screenshots from people that were there but it’s not my problem and I kindly ask people to stop bothering me with this stuff. Like really? People still don’t get it. You know my strong opinion about this kind of behavior and it’s sad the same stuff is still happening. So people who are finding that behavior “okay” ” or “believing it’s all good” or nothing is wrong are part of the problem. And then there is some convicted momma’s boy who got some airtime mentioning my name for clout living with his mom being a sad boy looking up to a succesful young man. #getthestrap #getthesteak ?

If you’re curious what the heck “get the strap” means, it’s a catch phrase that 50 Cent uses online and on the show Power meaning to escalate a situation by getting a gun — aka “strap.”

So, whose side are you on in the #BeforeThe90Days Beefcake Brawl?

Before the 90 Days spoiler: Is Yolanda being catfished by Williams?