It appears that the combination of prison and rehab was enough to take the luster off the fairy tale romance between Blake Fielder-Civil and Amy Winehouse. After serving time in prison and rehab for beating up a pub owner and then attempting to bribe him to keep quiet, Prince Charming has reportedly fallen for German model Sophie Schandorff.

Meanwhile, Heroinderella has tried her damnedest to maintain the couple’s romantic lifestyle in anticipation of her prince’s return, only to be betrayed by the unfaithful blow beau. Amy’s reaction to the breakup has been to lash out at Blake in the press, telling News of the World, “It’s over. There’s no way back for us now. It was never going to last. We were only together for sex.” (Oh, the mean things we say when we’re hurting.) 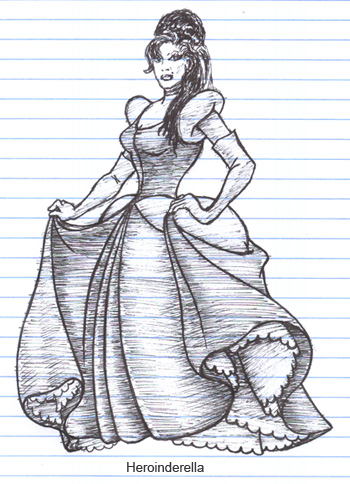 A friend reveals that the two were into “some real kinky stuff,” and goes on to talk about threesomes, bondage, and “really gross stuff you couldn’t mention in a newspaper.” We’re imagining cracked out strip ping pong marathons while listening to the entire Michael Bolton catalog. Gross!

We’re kind of excited to be faced with a future that includes the adventures of a single Amy Winehouse. What could that possibly mean?!? As for Blake, we really don’t care at all. It’s a shame we have to retire that really cool thumbnail, but unless Blake re-unites with his wifehouse or gets caught in the bathroom with George Michael, his “famous by association” career is over. We think our site is better off with one less hyphenated name. (Maybe Tom Waits will fall into a downward spiral of alcohol and drug abuse and we can just swap the names on the thumbnail)