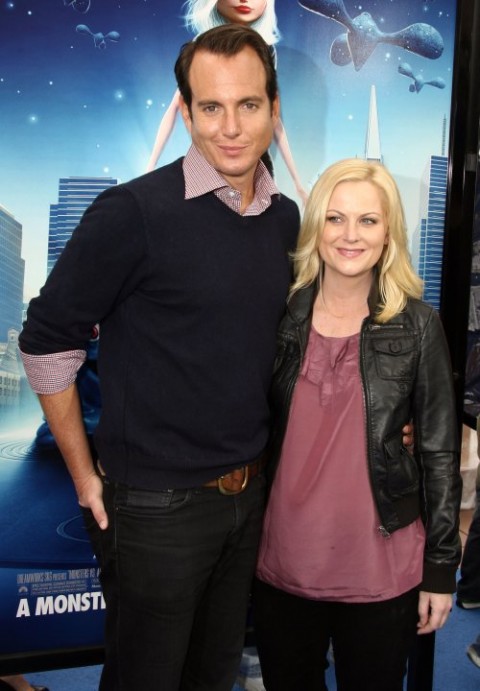 Two of the world’s funniest people, comedy royalty Amy Poehler and Will Arnett, have announced that they’re expecting a second child! Amy, who famously sang her rap devoted to Sarah Palin while rocking a very pregnant belly, had her first child a little over a year ago, named Archie.

Amy, who is a founding member of improv organization Upright Citizen’s Brigade and went on to a fabulous run on SNL, has also achieved success through her NBC sitcom Parks and Recreation, which was recently renewed. Thankfully, the show will not give Amy’s character, Leslie Knope a baby, but instead they’ve planned shooting to accommodate Amy’s pregnancy. Will, who’s biggest role was in the much-loved Arrested Development, is set to shoot a pilot with AD creator Mitch Horowitz. He’s also been a guest star on Parks and Recreation and had a recurring role on Amy’s old BFF Tina Fey’s show 30 Rock.

One things for sure: this baby is gonna be the funniest kid at the playground. After his or her brother Archie, of course.

Congrats to Will and Amy!