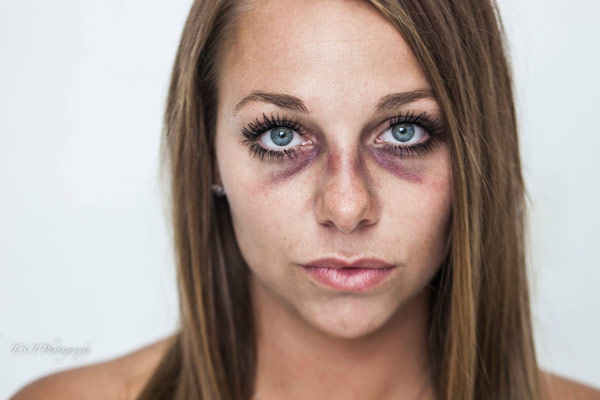 27-year-old aspiring model Brooke Beaton is no stranger to abusive relationships. She broke things off with Teen Mom 2 star Adam Lind late last year after accusing him of domestic abuse (later changing that to domestic stalking) and filing a restraining order. Not long after that relationship, Brooke became involved with a man she had been friends with for eight years, and that relationship ended after an extremely violent altercation last week.

Instead of hiding and remaining quiet about the recent incident, Brooke decided to do the opposite by calling up a childhood friend, professional photographer Tiffany Thoelke, to document her injuries to promote domestic violence awareness under the #‎SilenceHidesViolence‬ hash tag. The result was a series of startling images that have since gone viral, garnering hundreds of thousands of views and hundreds of supportive comments. 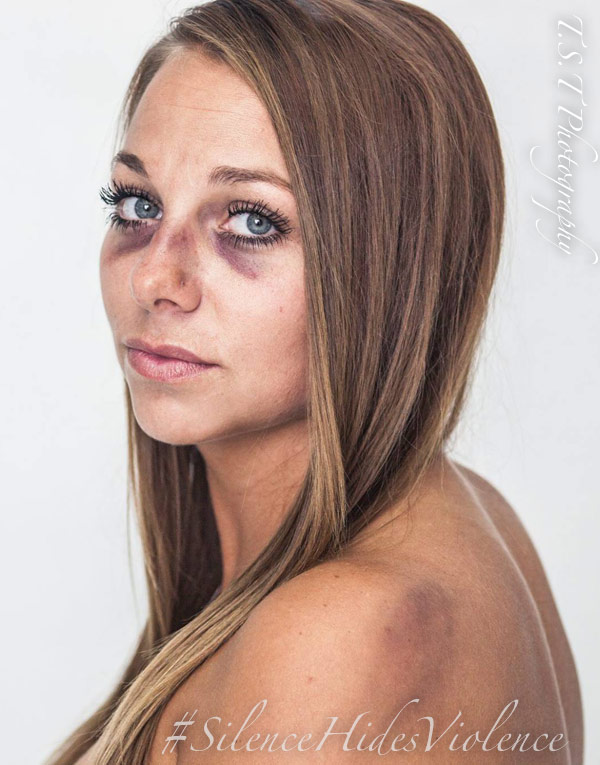 Above are two of the original images posted on Tiffany Thoelke’s T.S.T Photography Facebook page, and here is the third with Tiffany’s caption explaining the shoot:

I write this with a Heavy heart. Today I saw a post of my child hood friend that tore me apart. During conversation she…

In the images Brooke is seen with two black eyes and multiple bruises. She and Tiffany talked with the Argus Leader about the photo shoot, including details about the terrifying altercation between Brooke and her boyfriend. From the Argus Leader:

Beaton was driving her car with her boyfriend as a passenger when she said he became angry. He punched her face with his fist, struck her again, choked her and tried to wrestle away her phone. She feared for her life.

“I ended up at a gas station about five miles away from where we were,” Beaton said. “He was wiping up the crime scene with a paper towel from the gas pump.”

Her blood splattered on her cell phone, and with a small pool of blood left behind in a parking lot, Beaton couldn’t escape. Eventually, he let her take him to his home, then let her drive to her own residence in Tea.

Brooke called an ambulance as well as the police, and her boyfriend of four months was arrested and charged with domestic aggravated assault and interference with emergency communication. Brooke is not revealing his name for fear that it will distract from the positive message she is trying to send with the #SilenceHidesViolence campaign.

* It should be noted that the charges against Adam Lind were eventually dismissed.

Jenelle Evans files for divorce from Courtland Rogers, is not seeking support