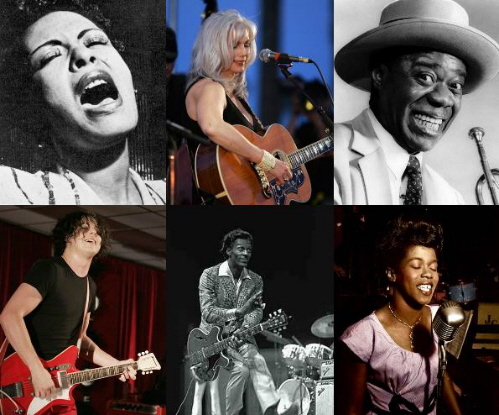 On May 24th, 2010, The Federal Bureau of Investigation (FBI) released their preliminary annual uniform crime report for 2009.  As I reviewed this list I was simultaneously inspired and depressed by the multitude of legendary performers that have come from the places that topped the murder rates rankings.  I believe that music heals and I also believe that our music is the very best American tradition.  This correlation is more than a coincidence, there is a direct connect between pain, suffering, hard times and eternal music.

The following list is a musical tribute to 2009’s ten highest murder-per-capita cities with a population over 100,000 in America. If you are a numbers person and have TONS of free time you can review the FBI’s documentation here.

Each video features an artist from the corresponding city in the list.  A couple were a reach but mostly it was a difficult choice for which artist/video to post.  I hope these cities can turn this horrible stat on its head and find solace in the deep, hard-earned, and spiritual music that was born of the same place.
.

Louis Armstrong – “When the Saints Go Marching In”

Dispute settled: Paul Anka gets 50% publishing rights for co-writing Michael Jackson’s “This is It” in 1983