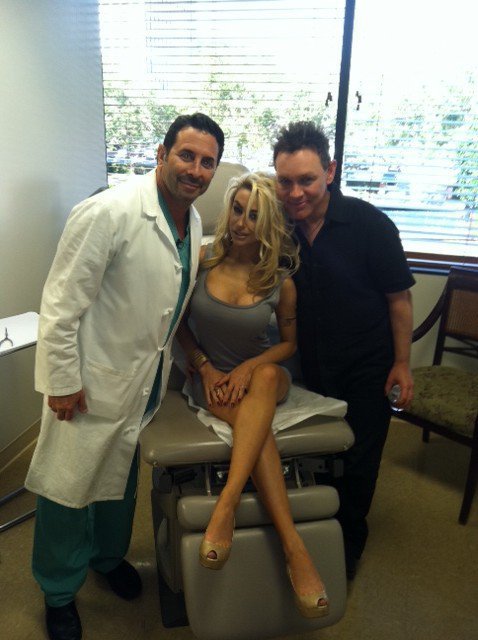 Like many 16-year-olds, actor Doug Hutchison’s (51) bride Courtney Stodden has a Twitter account. As we know, being 16 and married differentiates you a little from your peers and so does her provocative to say the least social networking.

Courtney and Doug have fell just short of me being able to say beyond a reasonable doubt that all of this love stuff between them was a publicity grab. I considered it highly probable but if Stodden’s Twitter account hasn’t been hacked I am absolutely convinced now that it’s all a sham at this point and a grab at fame. The two have discussed their desire to land a reality show and I’ve been sure there would be a buyer and someone to televise it but after seeing these tweets they may actually be going too far.

Behold as I present to you ten of 16-year-old Courtney Stodden’s recent disturbingly inappropriate tweets:

It’s almost like someone created an account to purposefully be oversexualized and creepy! I checked Stodden’s official site and it links to this Twitter account and there’s personal photos as well including the top image in which she states that a couple of doctors prove she’s completely real. Heck, part of the tag at Stodden’s site states, “Get caught looking; exclusively for you.”

All of this makes you wonder once again if she is indeed 16 but she’s presented official documentation that according to major news agencies including ABC confirm her age. I’ve also previously posted on Courtney doing homemade music videos and cited a source from her hometown that also seemed to impartially confirm that she’s the age she claims to be. If Court and Doug want a show on a cable network they better tone it down a little because this level of disturbing will be a hard sell.

Jennifer Aniston: I was a ‘dumpy teenager’ who went ‘goth’