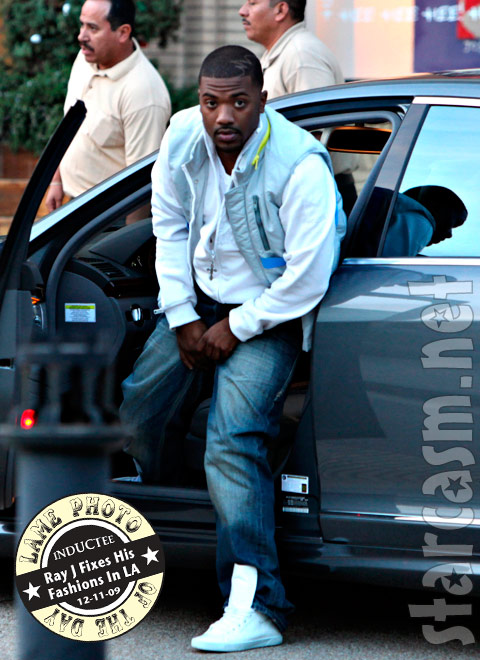 Because of Tiger’s Wood I haven’t been able to put a lot of time into looking for lame photos lately, but this morning I found myself staring directly at a serious Ray J crotch adjustment. So, Tiger’s gonna have to go on the backburner for a few minutes while I make the internet a slightly worse place.

Today’s lame photo was taken December 10th in Los Angeles as rapper, reality star and infamous Kim Kardashian sex tape boinker Ray J was getting out of his car. Ummmm…that’s pretty much it. Hmmm, it just occurred to me that if Ray got a sex change then he would have a Vuh Ray J.

LPOD deets: “Ray J Fixes His Fashions In LA” was the name of the set of photos, here’s the full caption from Fame Pictures:

Ray J adjusts his attire as he gets out of his hot ride while out and about in Los Angeles, CA on December 10, 2009.

In case you were wondering how everything turned out for Ray’s J, he makes a point to assure us it’s all good: 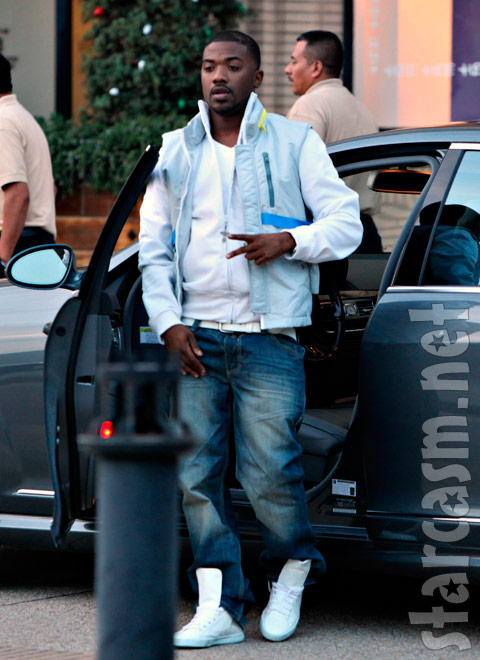